Plant a tree in memory of Steven
An environmentally-friendly option 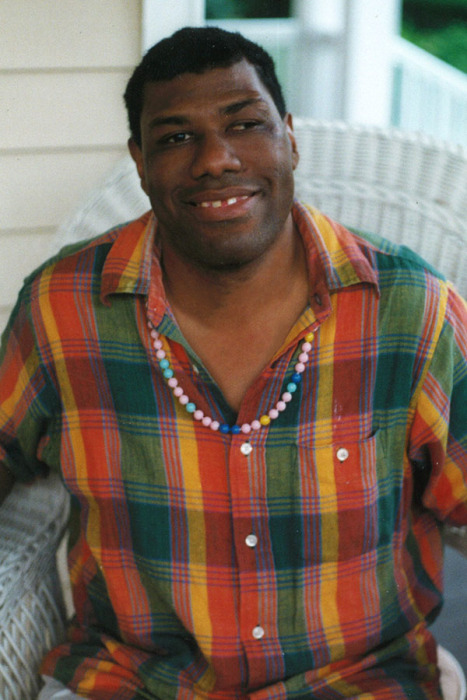 Steven John Anthony Fenton was born to Jessie Taylor Webb Fenton and John Fenton on July 30,1960 in Jamaica Queens, New York. Stevie was the fifth child in the family of six children. Stevie was a special needs person with a big heart. His life was simple, and he enjoyed going to his programs where he joined his friends’ weekdays from 9 am – 5 pm.

For all who knew Stevie, not only did he love the Jackson Five, he memorized all of the words to each song and would sing “ABC”, “I’ll Be There”, “Never Can Say Goodbye”, “Got To Be There”, to name a few. He loved his music! And when he was happy, he clapped his hands and jumped up and down with glee.

Stevie also could name in order every President of the United States. In addition to reciting their names, he knew their political party and years of service. He was a walking historian. Even when he greeted or introduced family members, he would state their relationship in the family. For example, “this is my nephew-in-law by marriage of my second sister’s first daughter”.

A typical day for Stevie started out by watching the news with his mother and listening to the weather forecast. Stevie would dress himself according to George Stephanopoulos, ABC Fox News’ daily predictions. After a day at his program, Stevie along with his mother enjoyed watching the tv show Jeopardy before getting ready for bed by 8 pm. After his mother passed, Stevie continued this routine.

Stevie was very honest; he would never lie. He had a heart of goal. He had values, morals and

standards. That was his character. Stevie was preceded in death by his mother and father Jessie and John Fenton, and sister Sylvia Fenton.

Here in this final hour, we bid farewell to Stevie, while celebrating his special life.

The family wishes to acknowledge, with deep appreciation, the many kind

time of bereavement. May God Bless each of you for your thoughtfulness and concern.

Plant a tree in memory of Steven by clicking here.
To send flowers to Steven's family, please visit our floral store.

A service summary is not available

Plant a tree in memory of Steven
An environmentally-friendly option

Plant a tree in memory of Steven

Be the first to share your favorite memory, photo or story of Steven. This memorial page is dedicated for family, friends and future generations to celebrate the life of their loved one.

We ask on behalf of the family that you keep your comments uplifting and appropriate to help all who come here to find comfort and healing.

Plant a tree in memory of Steven